Ms. Sofia Palmer » About Me

I was good at math in high school, and I knew I wanted to study math in college. I took two math classes in my first semester of college and I got As/Bs. By the end of the year, I decided that I wanted to declare my major in math. I went to the department chair to get the signature – I had heard from male colleagues that it would only take a couple minutes to “declare my major”. All I needed was a signature. When I went into see the chair it took only a couple minute, but I got a no. No your grades aren’t high enough; you may want to take more time to deicide, math is hard maybe it is not for you. If by the end of next year, your math grades are high enough you can come back and I will sign. High enough was not defined to me, I was already getting As and Bs what could be higher, he gave no set point on what was high enough. I thought I would quit and try something else. In the end, with some persuasion from my Mom, I decided to stick with it and show him that I was just as smart and just as capable as every other math major. 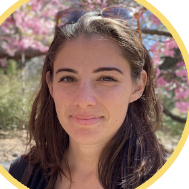